After playing around for a while with the art-style transfer routines, I found a couple of pages and scripts that detailed some ways to improve the quality of the results (based on “Controlling Perceptual Factors in Neural Style Transfer”). Additionally, one of them described a way to mix a fine style with a coarse one to generate style mixes that could be applied to images. This, combined with some image processing and machine learning super-resolution up-scaler algorithms gave me the opportunity to create a new pipeline for more aggressive style transfers.

which will be described in the following sections of the post.

Most of the processing steps applied to the original involve color balancing, cropping, resizing, histogram shifting, etc. This is very image-dependent, so it is not included in the main pipeline.

Some general tips for better results are: 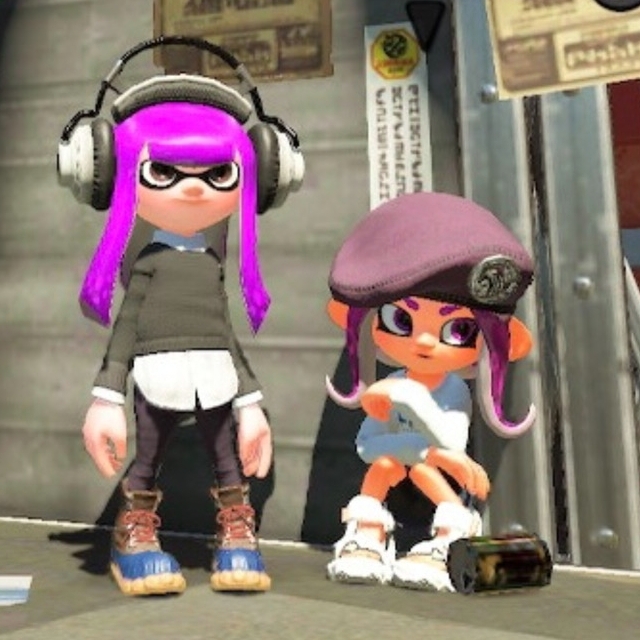 As detailed in the paper, the first step is to take the fine and coarse styles and mix them together into a transfer palette. Generally speaking, we want the fine style to be a texture (or technique), whilst the coarse one would probably be the composition (and/or style). To do this, we 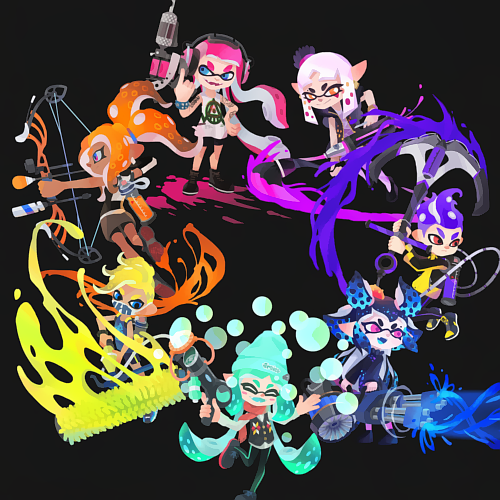 An initial optional step in generating the style-mix is if we want the color of the original image to be transferred upon it. This involves…

A second optional step is to do some post-processing on the stylemix. In my experience, the NN algorithm sometimes generates some glitches in the image (such as color dots and strange image artifacts). This can be slightly alleviated through some bi-linear filtering and sharpening (which also generates “smoother” images).

Once these steps have taken place on the stylemix we can move onto the proper NN style transfer. 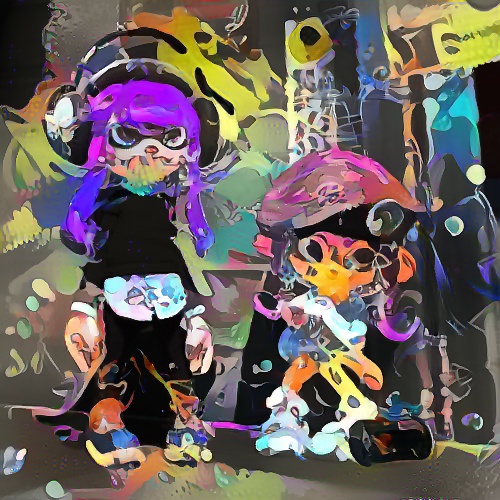 As good as the styletransfer is, sometimes it helps to have a slight blend of the original image “overlaid” on top of the already transferred one. This is mostly necessary in cases where we want to retain some of the fine details of the original in places where the transfer might be overpowering them.

As noted by Gatys, et al., to get much better results in the upscaling of stylized image, we take the lo-res version of the input image, upscale it with some basic algorithm, and then apply the stylemix ot this pre-upscaled image. This also helps alleviate the artificial noise added to the image in earlier stages. 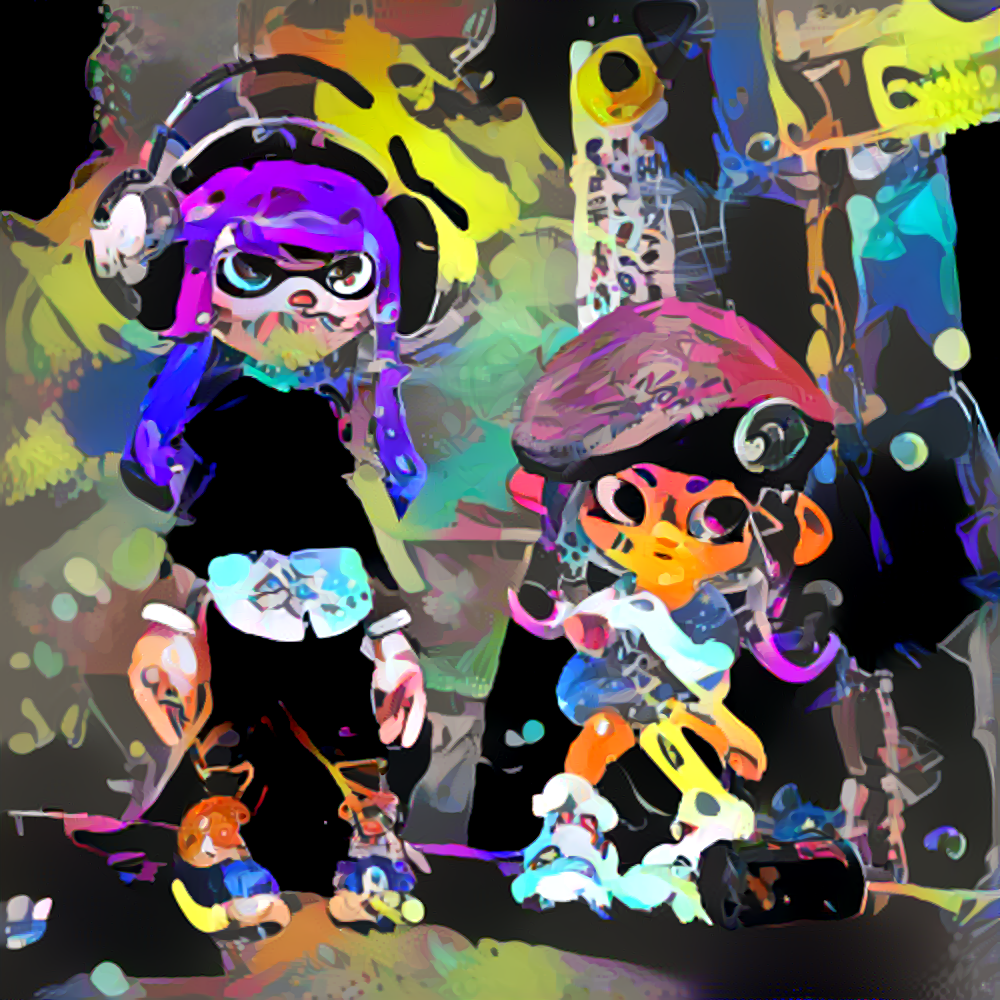 Finally, to smooth out the image a bit and to make it larger, we can use a super-resolution algorithm:

Using these scripts, I went ahead and did some transfers on my Splatoon’s team portraits! 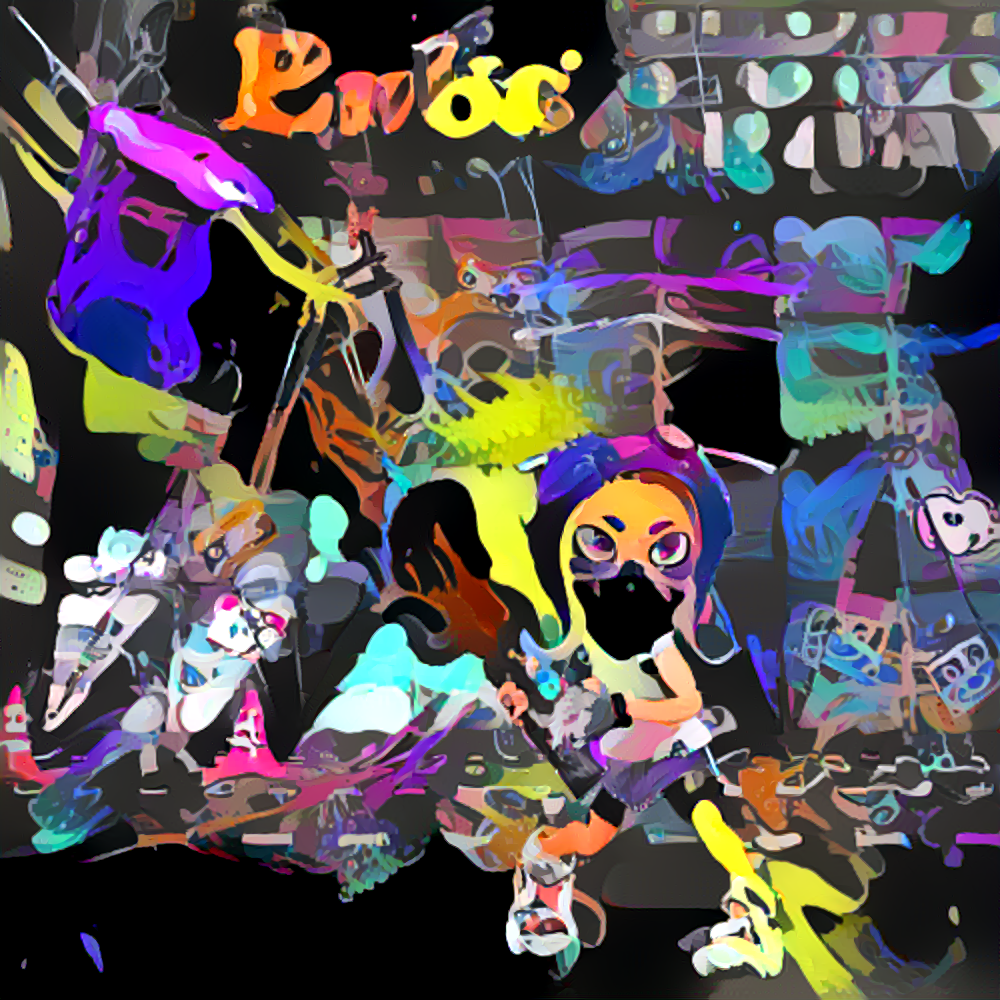 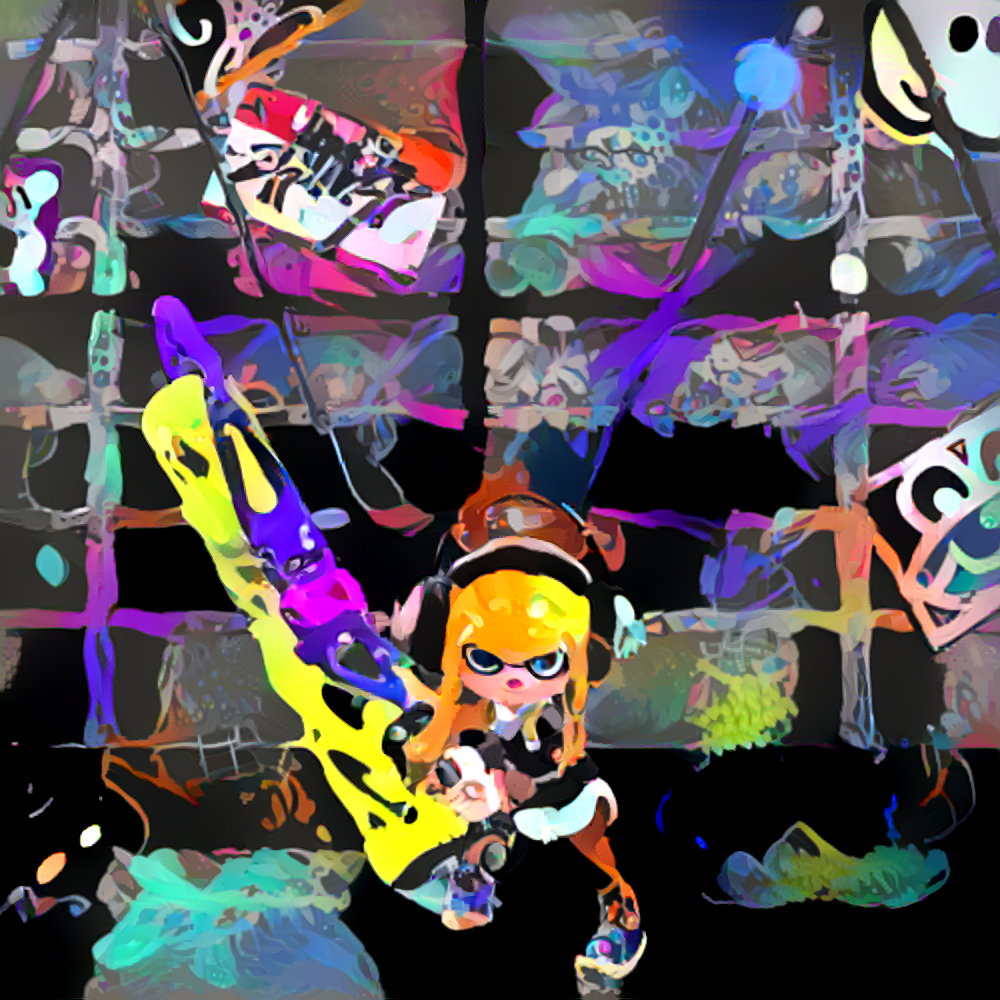 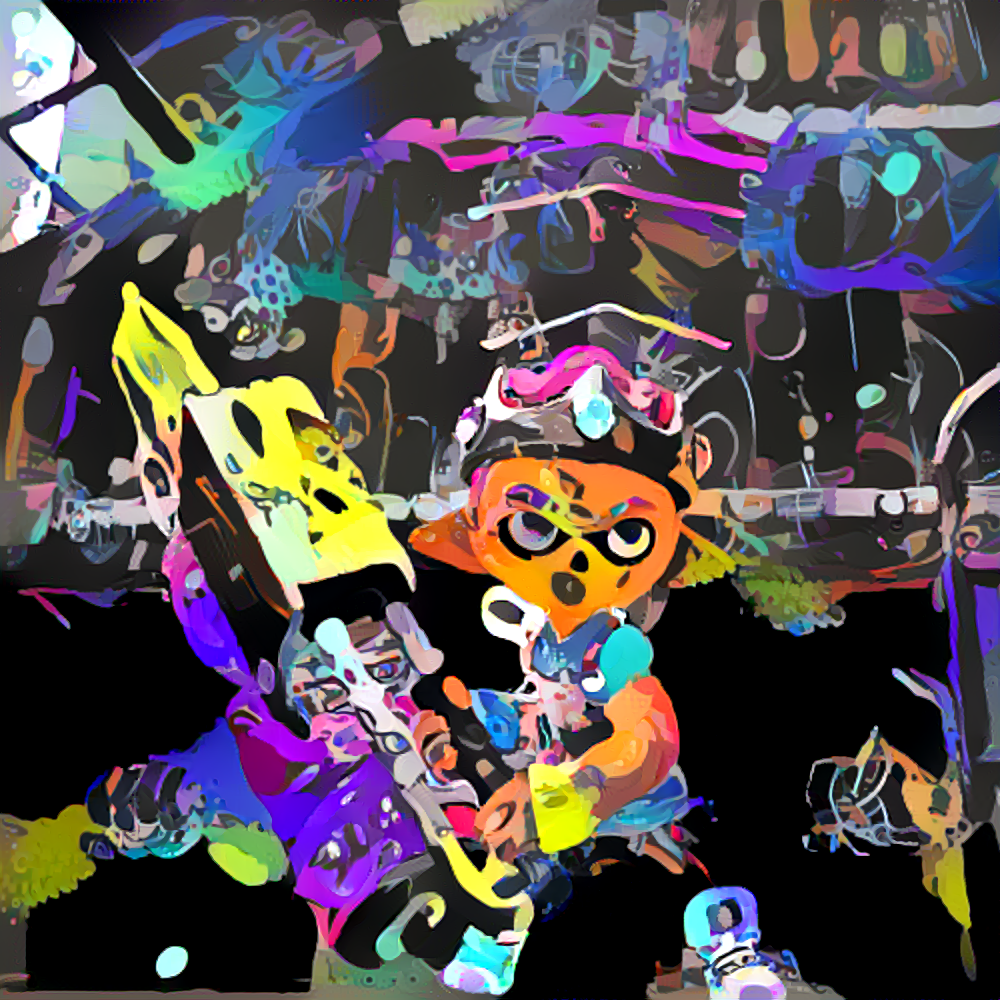 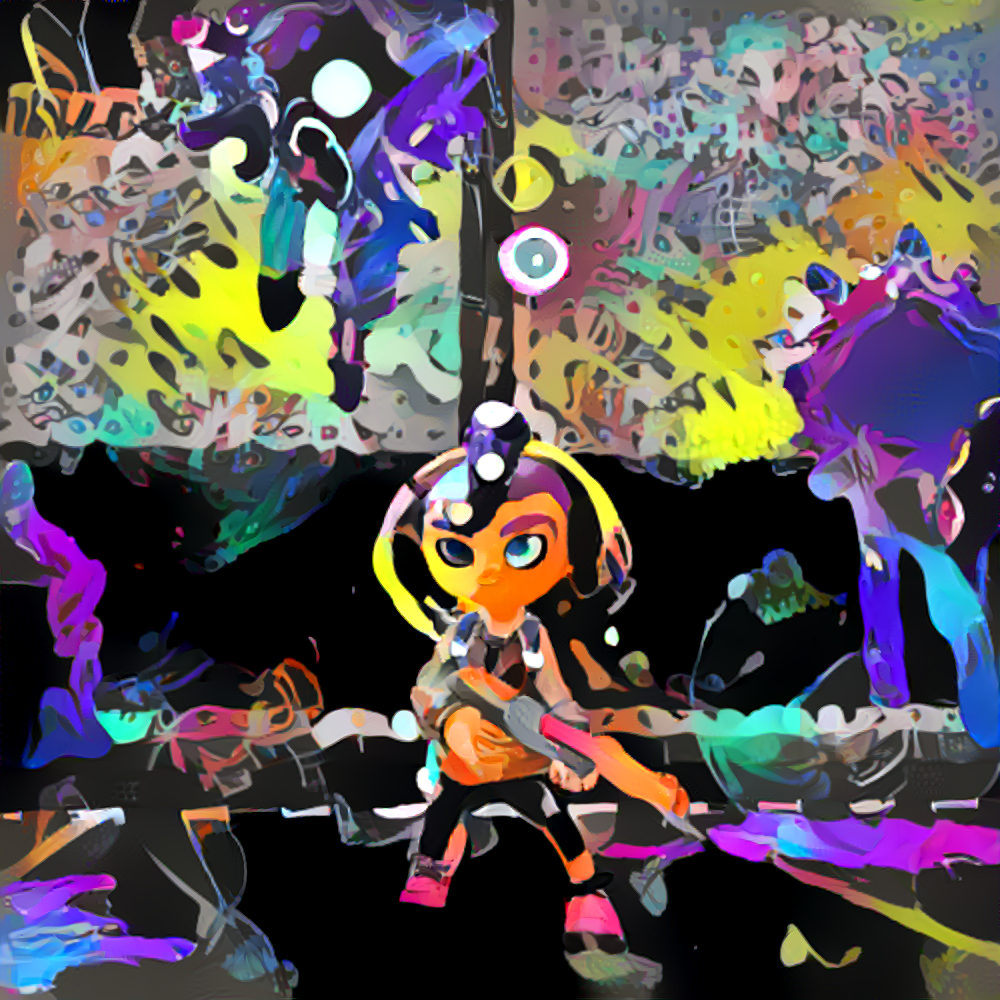 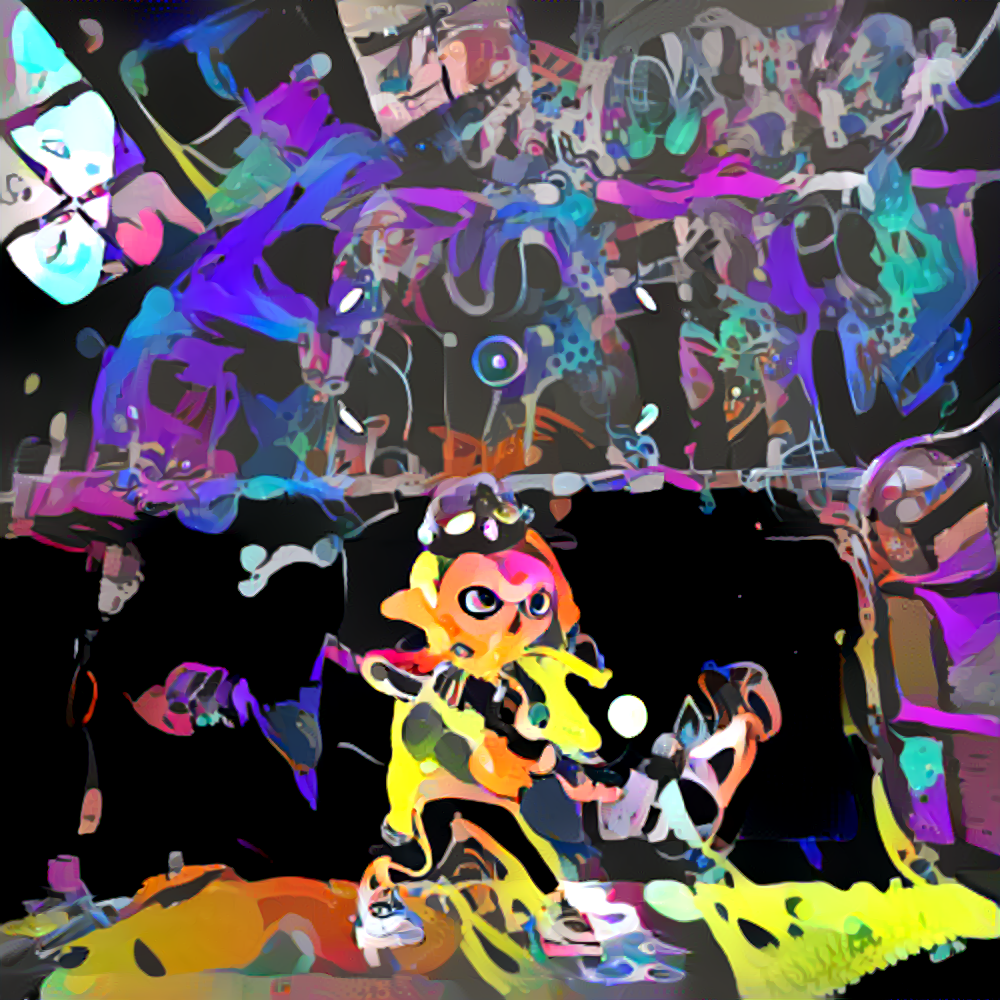 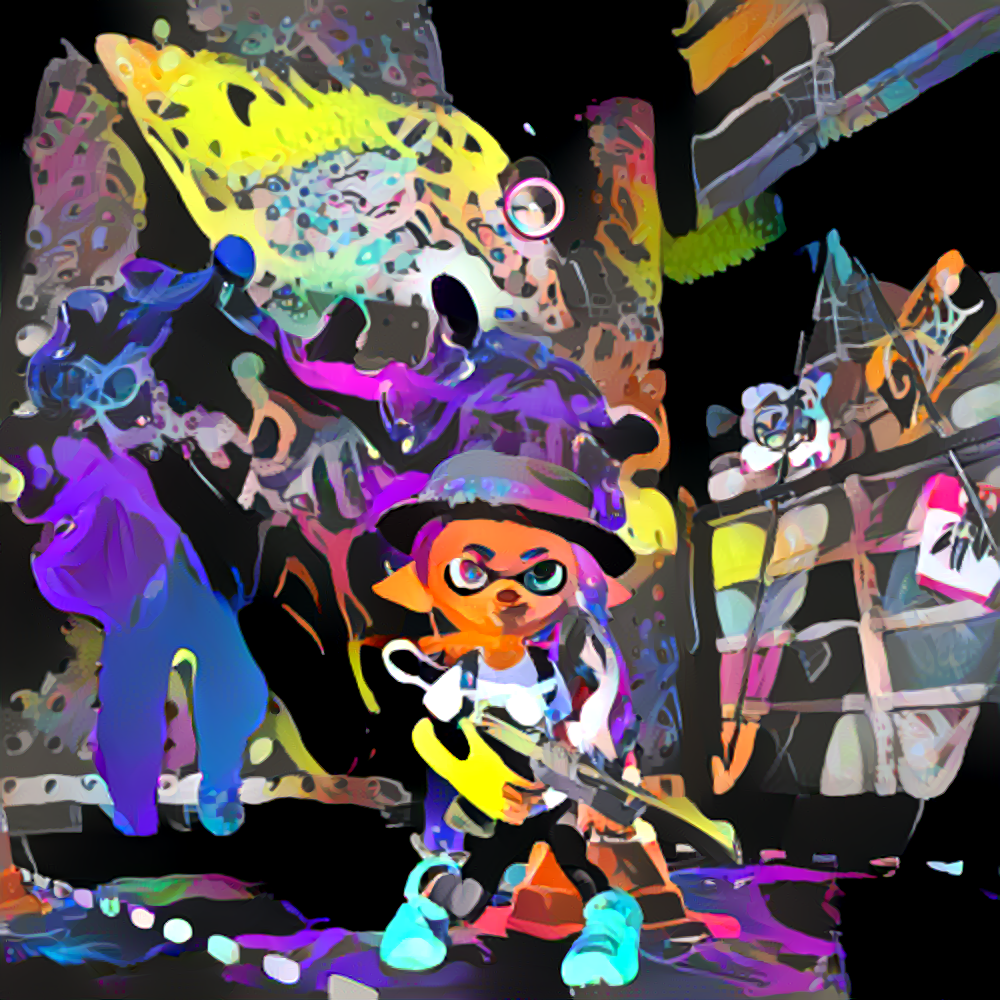