Some time ago I watched the movie “Loving Vincent” and was dazzled by the amount of work,m and the quality of the results. Around 65,000 oil-painted frames for an animated movie painted in Van Gogh’s style to create a visually stunning movie. After some thinking and playing around with Mathematica v12’s art-style transfer I wanted to try to automate a copycat of the idea.

The idea is similar to the one described in the Machine-Learning Pop Art post. The only difference here, is that we apply the same style-transfer to the individual frames of a video. To do this, we begin with a video clip, and we save the frames to images:

Once the frames are exported, we define a function to do the processing of the frames:

With this function defined, we can run the styling process on our images:

And then export the results to disk:

This will output a series of image files to our disk: 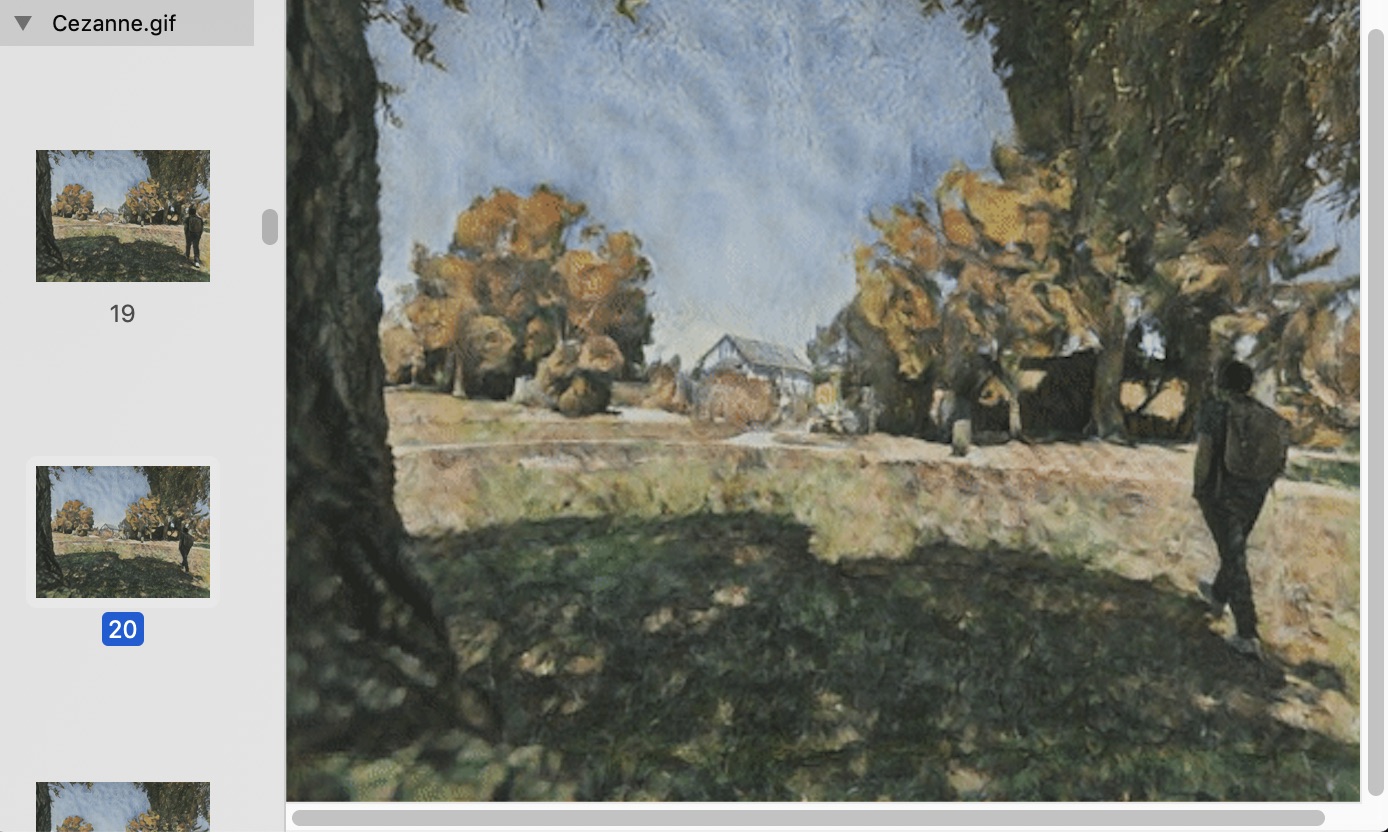 So, to put them back together in a GIF, we run the following FFmpeg commands (a great explanation of why to use these commands can be found here):

And we have a simple approximation of the process that we can run in the computer.

Several things to point out here. Even though the process works, it’s a bit contrived and extremely inefficient in terms of computation and time. Jumping from FFmpeg to Mathematica v12 is hardly the best approach to do things. Even though, part of the process could be done by calling bash scripts from Mathematica v12, a better alternative would be to use python with the artistic-videos implementation (their arXiv paper is also definitely worth reading) which fixes one of the main problems with the approach I took: temporal dependency. In the naïve implementation I provided neglects the temporal dependency between frames, so artifacts appear in some regions of the frames (specially in the sky), as can be seen in the Munch style-transfer: